A few days ago it was the 10th anniversary of the great Forney Tornado of April 3, 2012 and since then I have been replaying that day over and over in my head trying to make sure I remember the lessons learned that day

In 2012 I was living in Heartland, a housing addition in Forney Texas and was the A.R.E.S. Emergency Coordinator for Kaufman County Texas. Living in Heartland was problematic from an Amateur Radio point of view. The tyrannical home owners association would break out in a rash if you said the word antenna out loud but I am a Ham, therefore there is nothing I can’t do if I put my mind to it.

Due to the location of our home I was able to attach a dual band J-Pole to the back fence at about 8 feet allowing me to work most of the VHF and UHF repeaters in Dallas and Collin county and a large portion of Tarrant county. Communication to the east was a little more difficult because we lived on the west side of a ridge. Those of you that have live in Heartland know what I mean. I was also able to operate a dedicated Winlink station from there. HF was accomplished via the mobile Shack a 1996 Ford F-150 sitting in the driveway with a TS-440 in the front seat and a hand full of Hustler resonators. I even called a 2+ hour NTS traffic net on VHF from the corner of our street on Field Day one year. Ah, good times.

I know what your thinking, “Yeah, Yeah, Richard great. Get to the damned tornado!”

Well, on April 3rd of 2012 we had 10 A.R.E.S. members on the team. About half of them had done there Skywarn training. I had met with the county emergency manager a few months before and it turned out I had known him for several years over in Dallas through mutual radio operator friends. We had done our training, we had the Emergency Manager onboard and we were ready to go.

On April 3rd we had plenty of advanced warning that severe weather was coming our way. We experienced one of the worst tornado outbreaks in this part of Texas in many years adding up to 17 EF-0, 1 EF-1, 3 EF-2 and 1EF-3 tornado’s that day. The EF-3 was in Forney. 22 total before the day was over.

I was in the process of getting ready for work when I received a phone call from the County Emergency Manager letting me know he needed a Net up ASAP. I contacted my Net Control and told him to get the net up and I would be with him in a few minutes. I sent out the net alert from my phone,

finished dressing, kissed my woman on the cheek and I was off to do battle with the bear.

After mounting my steed, the aforementioned 1996 Ford F-150 I fired up the engine and the radio and called my net control who already had the net up and running. I ask him how many operators we had checked in and he said one, Me. I asked him to send out a second alert from his phone and down the road I went.

I headed out of the housing addition at an unsafe speed. Proceeded down the service road of the nearby highway, turned onto the road leading into Forney, went up the hill and around the curve and was looking directly into the funnel. Turns out it was 2 1/2 to 3 miles away. It looked a lot closer when I topped the hill. At this point I began to detect an odor emanating from my posterior. I continued into Forney at an unsafe speed.

The funnel was on the ground and in the process of destroying the Diamond Creek housing addition in an area that is basically Downtown Forney. several homes were completely leveled, damage to vehicles and roof damage at Crosby Elementary school. Other damage was reported to businesses in the downtown area and along U.S. Highway 80. Kroger, Walmart, and the AMC Theater made it through unscathed.

At this point I contacted the emergency manager by phone and let him know the situation and tell him that I needed to get to the store because the power was out. He ask me to go by the high school and look for damage before I went in to work. So I swung by the school. Found no damage and made a bee line to rescue hundreds of pounds of lovely red meat.

So what did we learn that day?

At that time we were sharing a repeater on a secondary basis with with an Amateur Radio club in the adjacent county to the west. There main repeater failed during ARES / RACES operations that day and they had to move over to the repeater we were using. so we were effectively off the air since in Dallas county RACES is used for Skywarn and ARES is used for recovery. Non of our team except for myself could communicate with the RACES net and I had to be at work to ice down the meat in the meat market.

Not carrying a can of air freshener in my truck

So there you go folks, I hope that you got some information you can use from the telling of this tale and you will take the time to get involve with you local public service group whether it is RACES, ARES, NTS, CERT. Etc. 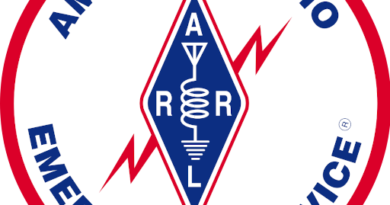 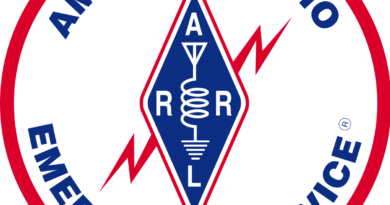 From the EC Meeting

This site uses Akismet to reduce spam. Learn how your comment data is processed.

Your 5-Day Forecast at a Glance

Kaufman County ARES
There are currently no active weather alerts.